Rent a Dumpster in Barberton, OH 
Barberton Ohio is a city in Summit County, Ohio. It is located just south of Akron and was founded as a company town by the Morgan family in 1891. The Morgans were the founders of the American Steel and Wire Company, which later became known as Barberton Steel. The city was originally known as Barber's Mills, but it was renamed Barberton in honor of the steel company. The city has a population of about 26,000 people and is home to several attractions, including two golf courses, an arts center, and a nature preserve.

When it comes to renting a roll off container in Barberton, Ohio, there are a few things you need to keep in mind. The first is the size of the container. You'll want to make sure that you choose a container that is large enough to accommodate all of the waste you will be putting in it. The second is the type of waste you will be putting in it. Not all types of waste are allowed in dumpsters, so make sure you know which ones are. The third is the price. Dumpster rental prices can vary depending on the size and type of container you choose. We Take Just About Everything

Some examples of the junk we haul away include

When it comes to renting dumpster rentals, Rubbish Outlaw is the ideal company to use. We offer 15 yard and 20 yard roll off containers that are clean and easy to load. Each dumpster rental features rear barn style doors that make it easy to load. We offer competitive pricing on all of our dumpster sizes and timely delivery to Barberton OH.

If you're remodeling your home, doing some landscaping, or cleaning out your garage, a 15 yard dumpster will be more than enough space for all of your waste.

Our all inclusive price includes up to 2 tons of debris at no additional charge. If you exceed 2 tons we charge $50.00 per each additional ton. 15 yard dumpster dimensions are 14 feet long 7.5 feet wide and 4 foot tall.
20 Yard
Barberton Dumpster Rental
A 20 yard dumpster is the perfect size for larger projects that will generate more waste.

This size container can accommodate up to 6 tons of waste, making it perfect for large-scale construction debris or home renovations.

Our pricing includes up to 3 tons of debris with our 20 yard dumpster.

Both sizes of dumpsters are available for rent from Rubbish Outlaw. We offer competitive pricing and free quotes on all of our dumpster rentals. Give us a call today to learn more!
30 Yard Dumpsters
If you require a 30 yard size roll off dumpster we can provide it to you.

We have a solution where we rent out 2 15 yard roll off dumpsters or we can do a dump and return to give you the carrying capacity you require.

A 30 yard dumpster rental is the perfect size for a large project. Whether you're renovating your home or cleaning out your garage, a 30 yard dumpster can handle the job. Plus, thanks to our easy online ordering process, you can have your dumpster delivered right to your door in just a few clicks.

If you're ready to take on a big project, call us today to order your 30 yard dumpster rental. When you are in need of a dumpster rental for a large-scale project, 30 yard dumpsters are perfect for the job. They provide enough space to easily dispose of all the waste from your project
40 Yard Dumpster Rental
If you require a 40 yard size roll off dumpster we can provide it to you.

We have a solution where we rent out 2 20 yard roll off dumpsters or we can do a dump and return to give you the carrying capacity you require for your next project.

If you're in the market for a Barberton dumpster rental for your home, Rubbish Outlaw is the perfect choice. We offer a wide variety of sizes to choose from, so you can find the perfect fit for your needs. Plus, our competitive prices make it easy to get the dumpster you need without breaking the bank.

We deliver dumpsters all throughout Barberton, so we can easily deliver one to you. Whether you're remodeling your home or cleaning out your garage, or tossing old landscaping materials, a dumpster from Rubbish Outlaw is the perfect solution for all your waste disposal needs.

Call us today to learn more about our residential roll off containers and place your order today!

Businesses in Barberton, Ohio can greatly reduce the amount of time and resources they spend on waste disposal by renting a dumpster. An affordable roll off rental from Rubbish Outlaw can handle all of your waste disposal needs, from construction debris to office supplies. We offer a variety of dumpster sizes to accommodate any type of business, and we'll work with you to find the perfect rental for your needs.

For businesses in the Barberton area, our company offers the best prices and the most convenient service. We'll deliver your dumpster right to your worksite, and we'll pick it up when you're finished. Plus, we offer flexible rental terms that will fit any budget. For reliable and affordable dumpster service, call Rubbish Outlaw today! You can use our dumpster rental services in Barberton and get rid of junk quickly!

Our team works together to keep your containers in the best place for your cleanup whether in the driveway or other location.

When the dumpster is delivered you simply throw away all the waste materials and we will pick up the dumpster on the desired pick up date. Contact Rubbish Outlaw at 330-260-6462 today to get started.

Now you can rent dumpsters from anywhere and at anytime, with our 24 hour instant online checkout. And as always you get our best price. From you home, construction job or anywhere in Northeast Ohio.

Call to get your Free Quote today

Our services cover not only Barberton but we cover many other cities North Royalton, North Ridgeville, Cuyahoga Falls, Olmsted Falls and Stark Counties are just a few, See our Service Area List!

Rubbish Outlaw now provides knowledgeable Demolition for Commercial and Residential customers. This is one of our most popular services offered at a reasonable price. Give us a Call and Let us do the Demo on your next job site. Light Demolition work is the process of carefully removing specific elements of a structure, rather than tearing it down completely. This type of work is often used for remodeling projects, or when a structure needs to be moved but the foundation and other key elements need to be preserved. We offer the best prices on our demo work.

When you're finished with your construction project, make sure you call Rubbish Outlaw for our new construction cleanup service. We'll clean up all the debris and leave your site ready for use. We offer competitive prices and convenient service, so call us today to learn more! Some things to consider With A Roll Off Dumpster

How Long Will You Need The Dumpster

Before choosing any dumpster rental service you have to determine how long you will need the dumpster.

We suggest you prepare the site to have the trash and debris ready to go can cut down on the length of time you will need the Dumpster. What Materials You Plan To Throw Away

Make sure you understand what can and cant be placed in our dumpsters. We do not accept hazardous materials, such as paint, tires or refrigerators.

Our Barberton Dumpster Rentals Have Many Uses

You may be in commercial construction or have a home project that will generate a large amount of waste. Which ever the case may be rest assured that we will provide you with the perfect size dumpster to fit your needs.

A dumpster rental can be a great solution for a variety of projects. Whether you're doing some light demolition work or cleaning out your garage, a dumpster can make the job a lot easier. We offer a variety of sizes to suit your needs, and we always provide free quotes so you can find the perfect rental for your project.

Our dumpsters are perfect for any type of waste, including construction debris, roofing debris, estate clean outs, household junk, junk removal, furniture, appliances, and more. No hazardous materials accepted. We also offer same-day delivery, so you can get started on your project as soon as possible. Contact us today to learn more about our dumpster rentals and see how we can help you get the job done right! What is a Roll Off Dumpster Rental?

Call to get your Free Quote today

What Types of Payments Do We Accept?

When you need a dumpster rental in Barberton rest assured, we will be there to assist your needs and offer a wide variety of payments options. We accept all major credit card payment as well as cash and checks.

Do I need a permit for my rental in Barberton?

If The plan is for the container to be placed in the roadway then you will need to contact the city about a permit.
What is the difference between a front load and roll off dumpster?
A front load dumpster is geared towards weekly commercial accounts. We do not deal with these types of containers at this time.
What Can I Put in The Dumpster?
It can contain construction debris and other household items. The dumpster is unable to carry hazardous materials such as paints, tires, aerosols, chemicals, or cleaning agents. If you need assistance with your dumpster rental, please visit our list of acceptable and not acceptable items on this page or contact us.
What is the pricing for a dumpster rental?
Our rentals start at $275.00 and range to $399.00
What is the delivery time for a dumpster rental?
We offer same day services, stock permitting.
Austin Estates
Barberton Eastside
Barberton Northend
Downtown Barberton
East Barberton
Hametown 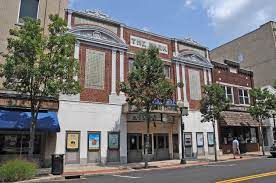 What Customers Are Saying

Had very positive experience with Rubbish Outlaw Dumpster Rentals from start to finish. Friendly and highly professional customer service. Recommend them to all my friends!

I have rented a Dumpster from Rubbish Outlaw Dumpster Rentals a few weeks ago. Online booking process was surprisingly simple and customer service vey professional.

I can't say enough good words about Rubbish Outlaw Dumpster Rentals. My go-to company for all my yard cleanups.